Seeds are being Sown
Allies for the Uncertain Futures: Part III

The specters of polymorphous waves of colonisation, spread over three millennia, still haunt the corporeal and emotional landscape of our world today. As the colonial project continues to veer its head through neo-liberalism and sectarian politics, the scars of violence and repression get passed down family trees. All four of my grandparents were forced to flee their homes in Sindh, travelling by sea to Bombay during the partition of the sub-continent. They spent their formative years struggling to find livelihood and belonging in resettlement camps outside the city, finding scant time for healing amongst the pressures of survival. The traumas of their loss, robbed of complexity, have been passed down to us over the generations in remarks and family whispers. These colonial fault lines, further entrenched by opportunist political actors, have hardened into the walls that help build upper-caste majoritarianism today.

Cameroonian philosopher Achille Mbembe theorises the global move towards hardening of cultural divisions through processes of “emptying vessels,” “drilling,” and “expelling organic matter,” writing, “the erection of the vertical in a privileged position is one of the concrete traces of brutalism, whether it is exercised on bodies or on materials.” (1) This process of depletion, accelerated in this pandemic, creates isolation; one that might allow for a rational understanding of otherness, but leaves little room for a corporeal breakdown of its affect. How, then, do we create experiences of deep syncretism? Perhaps we can look to the ‘in-between’ (2) space, built on the articulation of cultural differences that act as “necessary polarities between which our creativity can spark like a dialectic” (3). Amongst communal acts of eating, praying, sharing fears, and dreaming equitable futures, I have experienced glimpses of what healing looks like. It is within these historically contoured terrains, drawn between body and belonging, faith and free-will, that this exhibition is seeded.

Shaunak Mahbubani (they/them) is the winner of Pramya Art Foundation’s Art Scribes Award 2018-19. They are a curator and arts organizer, currently living in New Delhi. They primarily pursue projects under the series ‘Allies for the Uncertain Futures’ initiated in 2016. This exhibition series is focused on exploring the possibilities of socio-political, ecological and techno-evolutionary futures through the lens of non-duality. They are interested in complicating boundaries between artwork and the viewer through participatory gatherings, diffusions, and the use of non-white cube spaces. Mahbubani has recently curated a solo exhibition of Seema Kohli’s works at Sundar Nursery (2019). They have received exhibition grants from apexart (New York) and the Inlaks Foundation, and were also a part of the inaugural 2017 edition of CISA (Curatorial Intensive South Asia) initiated by Khoj International Artist’s Association and Goethe Institut Delhi. They have previously curated exhibitions and projects at TIER (Berlin); Embassy of Switzerland, Sunder Nursery, Goethe Institut, Kalakar Theatre (New Delhi); Mumbai Art Room (Mumbai); 1Shanthi Road (Bangalore); and TIFA Working Studios (Pune). They also make spatial interventions and new media work under the moniker ‘After Party Collective’ with Vidisha Fadescha, including ‘Queer Futures Potluck Party’ as part of Five Million Incidents (2019). Mahbubani was Curator, Programming at The Gujral Foundation 2017-18, and is Inlaks-ISCP NY Curatorial Resident 2020-21. 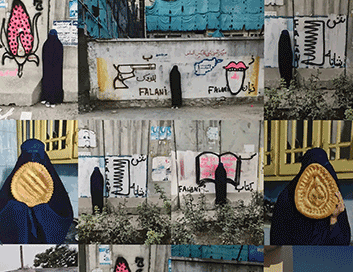 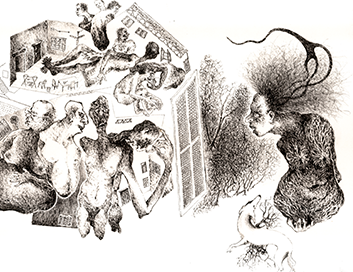 Open Magazine | Between Bodies and Belonging by Rosalyn D'Mello 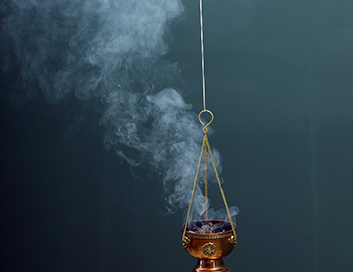