Born in 1973 in Kothanalloor, Kerala, Gigi Scaria completed his Bachelor’s degree in painting from the College of Fine Arts, Thiruvananthapuram, in 1995, and his Master’s degree in the same from Jamia Millia University, New Delhi, in 1998.

Gigi Scaria’s work draws the viewer’s attention towards the painful truths of migrancy and displacement. The issue of non-belonging and unsettlement reverberate between the walls on his canvas. “Gigi’s particular position is to investigate how city structures, social constructs, and the view of location is translated in social prejudice and class attitude,” says critic and curator Gayatri Sinha. 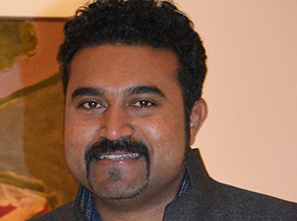